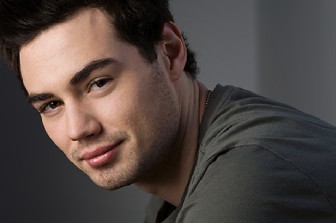 Brandon Hart was never a photographer, nor did he ever believe he would become one. Brandon, born and raised in Vancouver, BC, was a hockey player. His first word was “Wayne” (in reference to Wayne Gretzky, of course). He spent all of his growing up and teenage years playing hockey around Western Canada and it was not until the age of twenty that he realized it was time to move on to a new challenge.

Brandon spent years doing and trying many different things in search to find a new passion. He was lucky in that his mother and father both strongly believed that when “you do what you love, the money will follow.” In his travels of curiosity, he decided to go to acting school, and not because he was interested in art, but because it seemed like a cool thing to do. Was he ever in for it…

Brandon attended Vancouver Film School, graduating in 2007, with a diploma in Acting for Film and Television; he fell in love with the art of acting. The next few years were the beginning of one of his life’s greatest journeys into the realm of art. He got himself an agent and auditioned and booked roles and continued his acting and film studies. He fell in love with movies and direction, with the likes of film directors Lean, Kurowsawa, Godard, Fellini, Melville, and Scott. He had to get on the other side of the camera, but first he spent a year getting back into coaching kids hockey.

In September of 2010, Brandon started studying photography; he had found his obsession. Always a better self-learner, day and night he read, studied, watched video, and studied some more. Two months later, it was time to buy a camera and he has never looked back.

Brandon believes in what he calls “The Accumulation of Life,” meaning that everything one does in life, good or bad, leads him/her to where he/she is today. Brandon has ventured into so many things in his short time on Earth, and every single one of those ventures has brought him to where he is now. He believes that his accumulation of skills in teamwork, leadership, communication, acting, and film studies has brought him to be a unique photographer.

When working with his subjects, Brandon focuses on communicating in a manner he/she understands, focusing on story, truth, and relationship. It is paramount that his clients feel comfortable and are in a safe space to succeed. He lives by an expression discovered very early on in his hockey career: “I hate to lose more than I love to win.” Brandon is absolutely obsessed with improving everyday, technically and artistically, to bring himself forward in his journey as a photographer.